The past couple of months have been a whirlwind and culminated with my moving to Guinea Bissau. I'll be here for a year, working for one of the UN agencies based in Bissau.

I hope you guys will tag along for my Bissau adventures, and bear with me as I go through the settling in process all over again!

Email ThisBlogThis!Share to TwitterShare to FacebookShare to Pinterest
Labels: Bissau

For the silver lining

After the terrible bout of food poisoning I got from Rodeo Jack last night, a little pampering was in order. The Ivotel Spa fit the bill, and the facial made me feel like I'd left Abidjan... 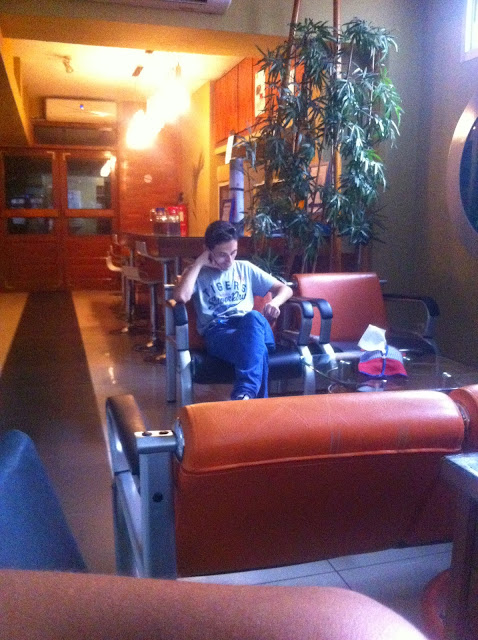 I have been anxious to get out of Abidjan and see more of Côte d'Ivoire, so a group of us headed to Yamoussoukro. After a 2 hour drive on excellent roads we entered what I imagine an American suburb in West Africa to look like -- wide roads with people too poor to have cars mostly on foot and bicycles.  After an incredible lunch, we made our way to the Basilica which is one of the most impressive engineering feats I have ever seen.

I am not going to say much about Yamoussoukro because the city and its landmarks are an incredible source of pride for many Ivorians, and I wouldn't want to rain on that parade. As an expat in Abidjan, much of my life is disconnected from local realities. The visit to the Basilica left me feeling troubled because I couldn't take in the beauty of the place -- I could only think of the better uses for the money elsewhere. That said, the locals were really, really nice people and the change of pace compared to Abidjan was palpable.

Entrepreneurship and co-working in Abidjan

Abidjan is a place that never ceases to amaze me.  Subsistence entrepreneurship is pretty big here (taxi drivers et. al.), but Ivorians strike me as reluctant entrepreneurs. I don't know if it's a relic of the country's colonial ties to France, but innovation and tech entrepreneurship are not the first things that comme to mind when I think of Abidjan, or Côte d'Ivoire. In fact, many of the online products being launched here are spearheaded by foreigners: Germans for Jumia, or the French and South Africans -- if you're willing to count Orange Money and MTN Mobile Money.

Given this unusual set of circumstances, you'll pardon my disbelief when a dear friend invited me to a TechMeet up in Abidjan sponsored by the African Innovation Foundation and featuring fascinating people such as Karim Sy from Jokkolabs, Cyriac Gbogou from Kumusha Takes Wiki, Florent Youzan from Ovillage, and others. Since I am not very knowledgeable about the topic or the environment as whole, I didn't expect much. In the end, I am so glad I went! 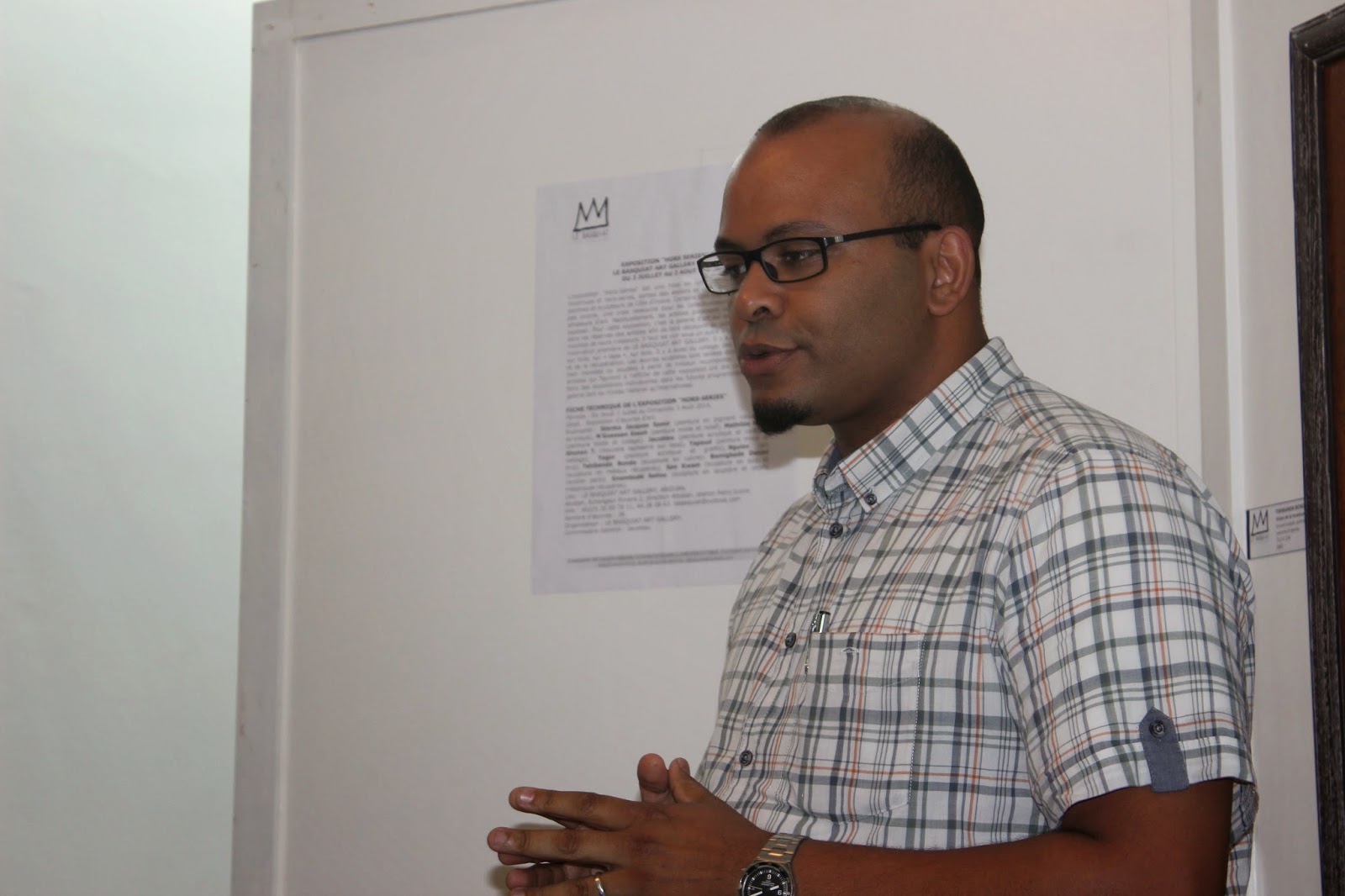 I never would have guessed it, but there are a few trends emerging in Abidjan. Whodathunkit? Co-working is coming to Abidjan.  Not only as a work space, but also as a community of people who support each other.

As we enter into a service driven society, one starts to wonder whether we won’t all become freelancers. Abidjan is no exception. As more and more people become freelancers, more will seek to create shared working spaces. These spaces are also serve as a way to fight the growing fragmentation in society.

The founder of Jokkolabs, Karim Sy, took the floor to explain his vision of the economy, including how technology allows groups of people to come together in ways they never could have before.  Today's new tools allow us to collaborate in a horizontal fashion.  Despite this, we face a number of challenges that can only be solved if we all come together. He also announced that Jokkolabs will be launched in September 2014, with Innova, on Rue des Jardins in II Plateaux.

The participants also touched on a variety of interesting topics including: 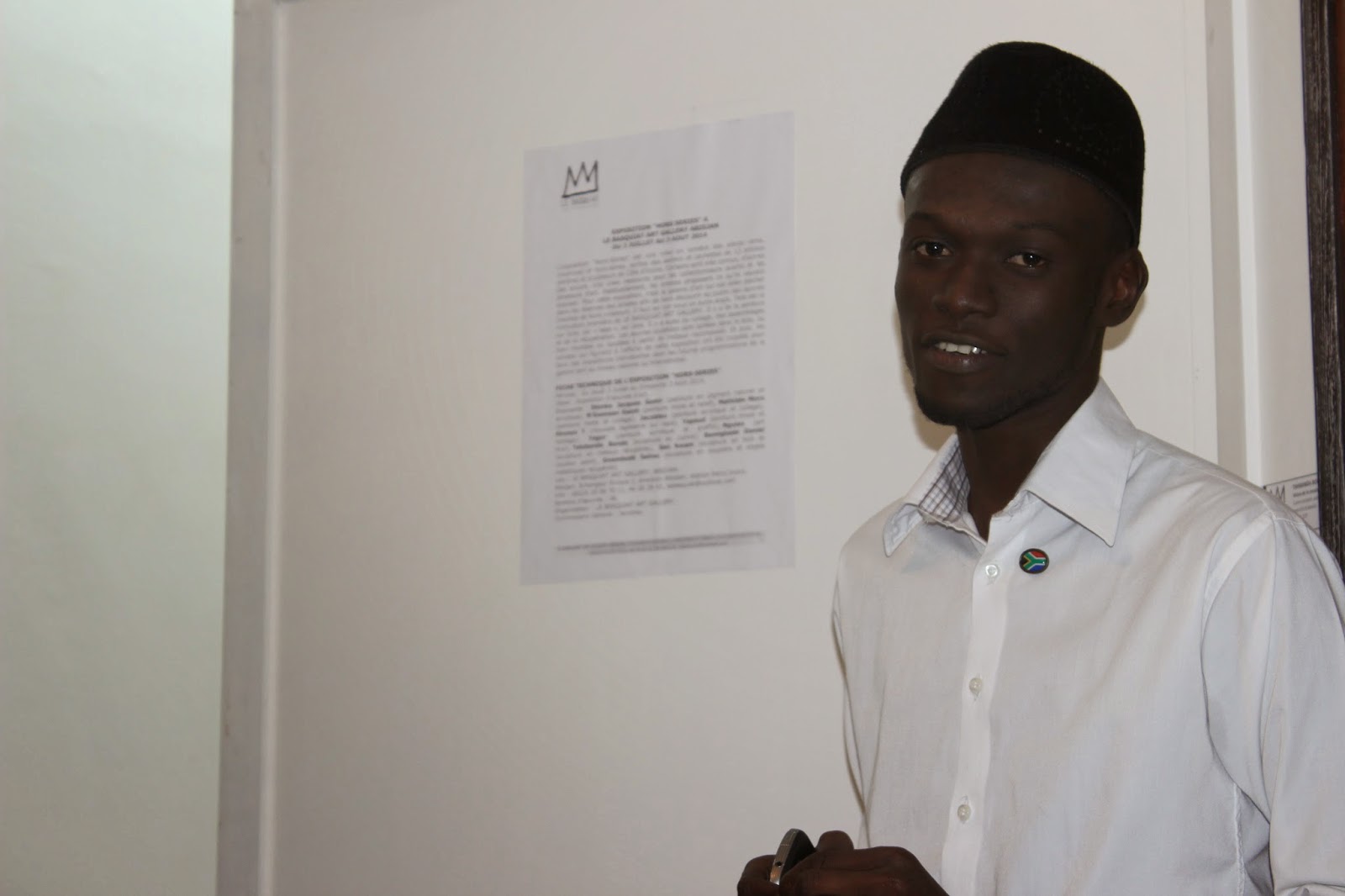 -- Neutrality and non-profit. In a place like Abidjan, NGOs, the UN, and numerous foreign government hand over poisonous gifts -- that on their face seem altruistic, but hide a far less altruistic political or economic purpose.
--Africa's role in producing content online:  Africa produces very little content in places like Wikipedia.  With time, more people will learn to contribute to online communities.
--Humility: Elites who have been educated in the West often have a pejorative, or downright offensive view of Africans, even when they are African themselves. Local people are an incredible resource, and should be treated with respect, even when they lack foreign credentials.

All in all, I was very pleased by the depth of the conversation and am looking forward to the TechMeet up.

Heading outside of Abidjan

Not everyone is an outdoorsman. I guess what I am trying to say that, some of us prefer the great indoors. I happen to be one of those people.  I like shopping malls, libraries, nice living rooms -- you know, inside spaces. This may be one of the reasons I'm sometimes referred to as an inside cat. However, even an inside cat's gotta get out sometime. This time it was Jacqueville, a city located about 70 km West of Abidjan.

Since this was my first time outside of Abidjan -- Assinie and Bassam don't count, I didn't really know what to expect.  I wasn't sure of how good the roads would be, I had also heard about security issues on the road.  In the end, aside from being stopped about 5 times at checkpoints, where soldiers proceeded to try to shake us down (more on that later), everything went according to plan.

We left on Saturday morning, to take advantage of the Eid weekend. Since everyone else had the same plan, traffic was heavy but not unduly so. The real issue was the soldiers trying to squeeze some money out of our predominantly white group. Since I don't come from a place where shakedowns by the military are a common occurrence, I'm not sure how it normally goes, but I find these guys very, very polite.  They flag you down, and instead of asking for your licence and registration politely request a cup of coffee. They will tell you it's hot, they've been standing all day, and come on, it's Eid. I'm very annoyed by these shenanigans, because you are essentially being held hostage by a soldier who has a hardened sense of entitlement to your cash lurking beneath the smile. Say no -- we did every time-- and things can get uncomfortable very quickly.  On the way back, one of my friends, who happens to be a white Ivorian dressed down the soldier. Her local French and anger made the soldier beat a hasty retreat, and we were soon back on our way.

Jacqueville is located on the the other side of a lagune and a ferry connects the two side. After quite a bit of driving, we ended up in a very long line of cars waiting to cross.  When I say long, I mean 3 hours long. We finally made it across, headed to the beach and had an awesome time.
Jacqueville is a lovely remote town where many Ivorians have vacation properties.  The roads are excellent, there is electricity throughout, and the people seemed nice enough. I'd love to go back, but I'll wait until there is a bridge to get across.