There is another commune you'll keep hearing about: Marcory.
Marcory is split into different neighborhoods: Marcory résidentiel, Biétry, Zone 4, and whatever else I am forgetting. 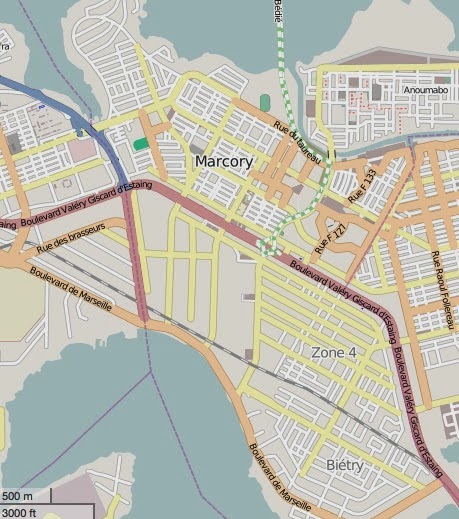 Marcory was initially an industrial area that was never meant to be reseidential.  That changed over the years, and the area became the center of expat life when its proximity to the airport made it an ideal spot for people who wanted to be able to leave the country on a moment's notice, if need be.  Today, it's morphed into the place to be.

Marcory Résidentiel is, well, residential.  Most of the residents are Lebanese, and you'll see no shortage of Lebanese women walking or driving around.  The streets are really, really nice, with manicured lawns and trees.  I wish I could say more about the place, but I haven't spent much time there.  However, there are some decent schools -- if your kids are able to keep up with the french system, and I have heard that there are some Lebanese schools for people who want their kids to grow up speaking Arabic.

Zone 4 is where I spend most of my time.  I go to the Cap Sud and Prima malls (baby malls, but who's looking). I love the nightlife (despite having to watch nasty old Frenchmen and their young Ivorian playthings). I love the convenience of having every western amenity within a stone's throw of where I live.  The best gyms, restaurants, yoga studios are here.  There's even a go karting place not too far away. I could go on, but I should probably tell you about how the place is.  Most of the activity and services are concentrated along the streets that you can see on the map (Pierre et Marie Curie Street is called Mercedes Avenue because of the Mercedes dealerships) . 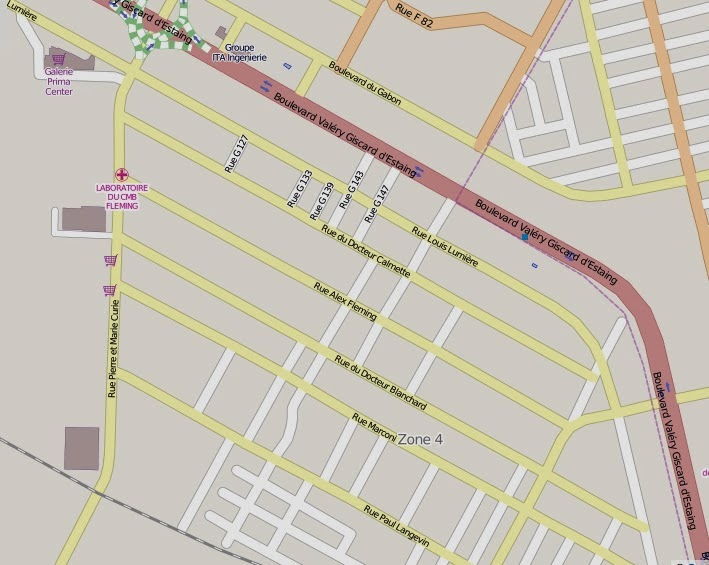 I live in Biétry, which is a bit further south.  I like it because it is pretty walkable and it's a bit further from the action (unless you're on rue du canal which is lined with prostitutes at certain times).  There are nice lagoon views,  some nice places to eat and drink (Paul, the french bakery I had lunch at in an earlier post is located on the boulevard de Marseille). 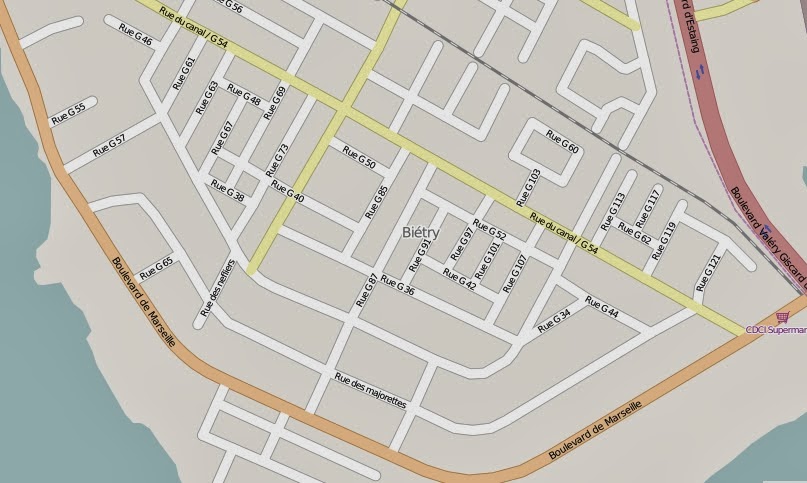 I am not going to sell this area to you, because everyone else is going to do that.  Marcory/Zone 4 is the most desirable place to live in the city right now because it combines safety, with services and traffic practicality.  If you are an active professional (making a western salary) and have no kids, living in Zone 4 is a no brainer.  The best gyms (Calao and Athletic Club) are nearby.  Yoga is nearby.  Nice hotels and spas are nearby.  You are on the road to the beach, which makes for shorter drives for weekend getaways.  Finally traffic will not rule your life the way it will if you live in Cocody.  Because almost everyone who works in the downtown area lives in Cocody, living in Zone 4 means commuting against traffic.  In other words, while your colleagues living in Riviera will be sitting in their cars, fuming,  you will be changing into your gym clothes.  It also means you get to wake up a bit later.

Because there is no such thing as having it all in Abidjan real estate let me break down the negatives:

1. I hate how un-African this whole side of the city can feel.  There are times when the only black people in an establishment are the ones serving.  It can feel a bit neo-colonialist, and that may not be everyone's cup of tea.
2. There aren't any real English schooling options for kids who live here.  There are kids who commute, but it's long, and it's not that much fun.
3. The entire area is expensive.  Taxis charge double, food costs more.  Everyone is trying to gouge the "rich" expats and UN people.  Can't say I blame them.

Hope this was helpful.

Next up, is a post on security.  I'm taking requests in the comments section, so please don't hesitate to reach out, if you have something you'd like me to write about.